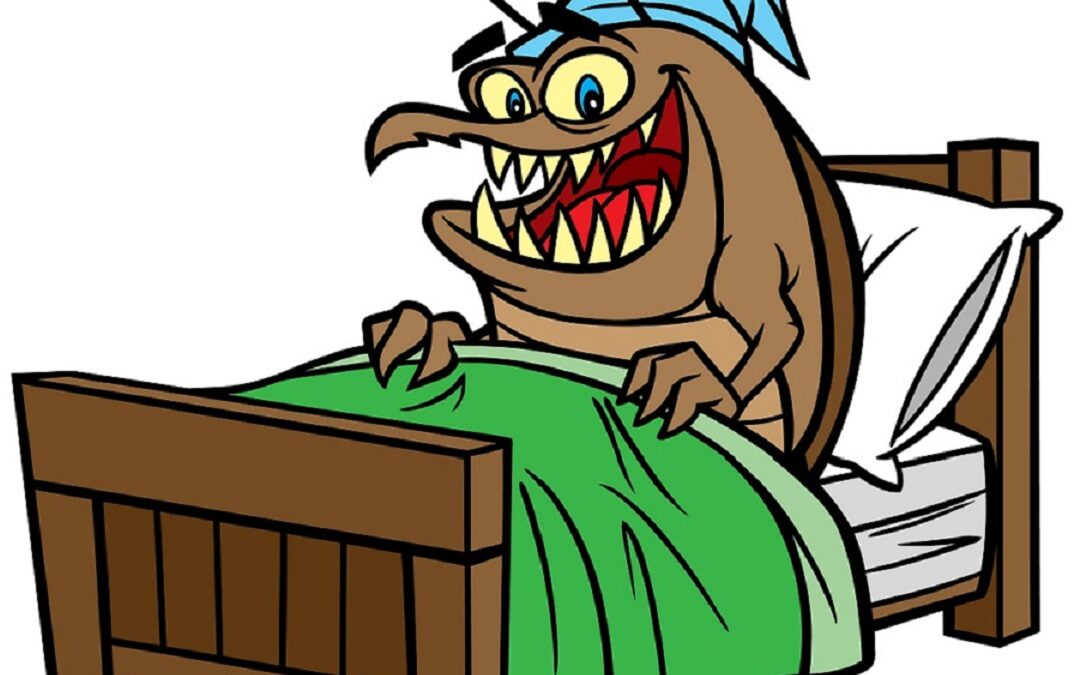 Bed bugs: flattened, reddish-brown creatures who feast on mammalian and avian blood, and are known for producing skin irritation and adverse psychological effects in humans. Though bed bugs have been around for as long as humans have, they had nearly disappeared in the 1940’s and 50’s. Manly due to the use of pesticides and increased hygiene. However, after the outbreak after the 2000 Summer Olympics in Sydney, bed bugs have come back in a big way. Infesting every state in America today, bed bug populations have increased rapidly over the past decade. Myths about bed bugs say that the increase populations are supposedly due to densely populated urban areas, global travel, and increasing pesticide resistance. And unfortunately for us, scientists believe the worst is yet to come.

As the populations of these little vampires rise, so does the misinformation about them. If you don’t know much about bed bugs, you should check out our blog about OKC bed bugs first to learn a little more about the bed bugs in our community. So, let’s talk about the 10 most common misconceptions about bed bugs, and what the truth actually is.

Fortunately for us humans, bed bugs don’t have wings; They aren’t capable of flight. However, this doesn’t mean that you should underestimate the movement of these creatures. According to Stephen Kells, a bed bug researcher at the University of Minnesota, bed bugs can crawl about a meter a minute.

Compared to the common housefly, whose females lay about 500 eggs over a three to five day span, a bed bug’s reproduction rate is slow. Female bed bugs produce about one egg per day. Additionally, bed bug eggs take about 10 days to hatch, and then five to six weeks for the bed bug to reach adulthood.

Bed Bugs Only Come Out At Night

Contrary to popular belief, turning a light on does not repel bed bugs. Nor do the daylight hours keep you safe from the hungry creatures. While bedbugs are generally nocturnal, hunger reigns over sleep for them. Like humans, if they’re hungry, they’ll go get something to eat. If their appetite isn’t satisfied, they’ll come looking for you– even in the daytime.

They Only Live In Mattresses

While the name given to bed bugs may be misleading, they can survive almost anywhere– chairs, couches, railings, and ceilings… They even find home on pets, suitcases, movie theaters, and trains. Bed bugs spread away from beds to most surfaces they can find.

Bed Bugs Can Usually Live a Year Without Eating

While there is some debate among scientists on how long a bed bug can survive without food, most evidence suggests bed bugs will live about two to three months without a meal– but only in a normal room temperature (about 73 degrees Fahrenheit). However, it’s possible that bed bugs could survive for about a year in cold climates; because they are cold blooded, their metabolisms will slow down and allow for prolonged life.

They Can Travel on Our Bodies

As stated previously, bed bugs are cold-blooded. This means that they do not like heat, and will avoid it if possible. Unlike lice and ticks, which stick to hair and skin, bed bugs generally will stay away from living on skin, or clothes close to our bodily heat. Instead, the blood-suckers tend to travel on backpacks, luggage, or even shoes.

This myth comes from the fact that more urban, unsanitary areas often have a lack of money to pay for proper elimination of bed bugs, but in reality, bed bugs can be found anywhere that people are. From homeless shelters to million dollar mansions, the creatures do not care about living or sanitary conditions– they will find home wherever they can.

It’s no secret that bed bugs have negative effects on humans, including stress and anxiety, rashes, itching, and sleeplessness. Fortunately for us, there are no reported cases of bed bugs transmitting human disease. Bed bugs do, however, harbor human pathogens: at least 27 viruses, bacteria, protozoa and more have been located in bed bugs, although these microbes do not reproduce or multiply within the bugs. In a past issue of Emerging Infectious Diseases, Canadian researchers announced that bed bugs isolated from three individuals in a Vancouver hospital carried methicillin-resistant Staphylococcus aureus, also known as MRSA. Still, there are no known cases that bed bugs can actually transmit human disease.

You Can Spray Bed Bugs Away

Do not be fooled: bed bug spray at the hardware store does not work, thanks to pesticide resistance. While scientists are experimenting on different ways to exterminate bed bugs, such as freezing and bait similar to what is used for cockroaches, the most effective way to get rid of bed bugs remains fumigation and heat treatments.

DDT Should be Implemented Again

The first reason DDT shouldn’t make a comeback is because it is dangerous! Banned in 1972, DDT had adverse environmental effects on wildlife, and even had potential human health risks. Secondly, most bed bugs are resistant to DDT– they were in 1972 due to pesticide resistance. Just like DDT, many pesticides today contain pyrethroids, which target sodium channels in bed bug cells. Because of this, as bed bugs develop resistance to pyrethroids, they will become cross-resistant to DDT.

Despite all of the misinformation surrounding bed bugs, the are things that everyone seems to know are not myths about bed bugs such as they are pests, they are dangerous, and should not be in your house. Here at Priority Pest & Mosquito Solutions, we want you to feel safe and comfortable in your home. By creating lasting pest control solutions for our clients, we will make sure to locate and stop the problem, and prevent it from coming back. Even more so, Priority Pest & Mosquito loves to help the OKC community and keep them safe from any unwanted pests. Give us a call to schedule your hassle-free consultation today!