How to Get Rid of Gophers 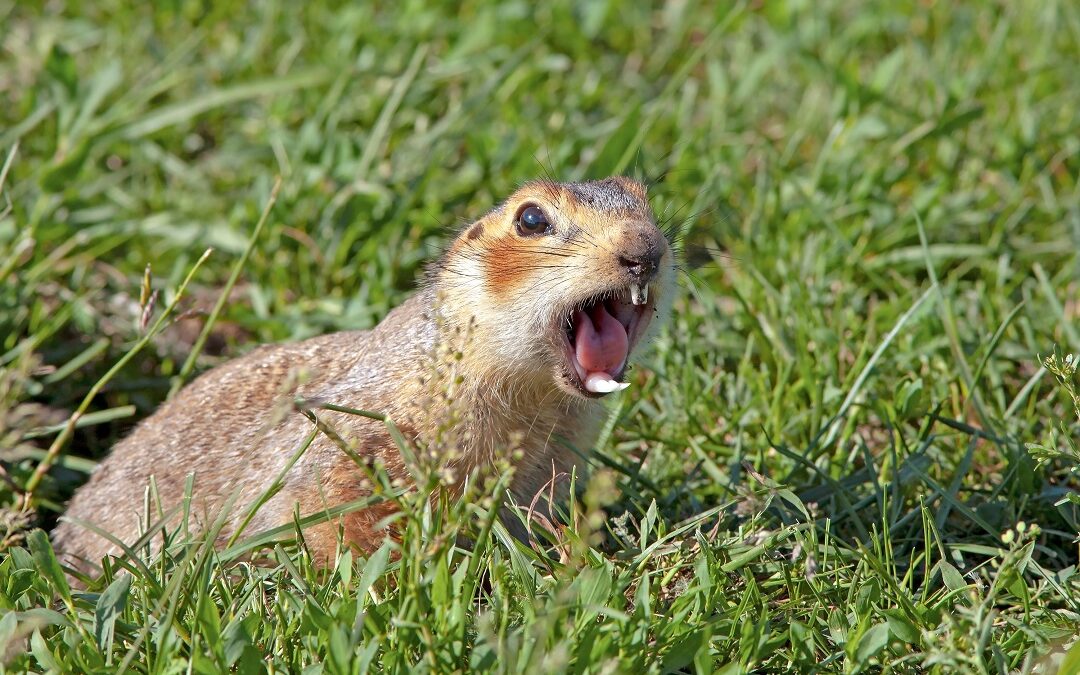 Sometimes called a pocket gopher because of its fur-lined cheek pouches, a gopher is a small mammal unique to the Western Hemisphere, which lives and feeds mainly underground in a complicated network of tunnels. Gophers can be found from Central America to Alberta – meaning that a majority of people in the United States, from coastlands to mountains, want to learn how to get rid of gophers.

Although gophers are a part of the food chain and can play a key role in ecology – their burrowing supplies soil with organic matter and increased aeration – their tunnels create a number of problems for North American farmers and homeowners.

So, if you suspect that gophers have made home in your yard, let’s dive into the three steps needed for gopher control.

How To Get Rid of Gophers Step 1: Identify & Understand

There are about 10 to 13 different gopher species in the U.S., each living in a different region. Although there are different types of these animals, each species has similar characteristics:

Most commonly, gophers and groundhogs are confused with one another. This is especially true because both animals like to burrow and have similar daily lives and social habits. The physical traits of the two species are the key in telling them apart:

For one to three years, like many other small rodents, gophers live alone. Each burrow is more than likely a home for one of these creatures. However, in the breeding season of late winter to spring, these habits of solitude change.

After gestation of between 18-50 days, female gophers give birth to litters between two and five babies. As the young grow to be half of their adult size during summer, they leave the burrow.

The number of gophers in a population varies depending on the species. Some gophers may contain about six to eight gophers per acre, while others will rise to almost 60 per acre. This can cause issues for farmers and homeowners, but populations are controlled by natural predators such as hawks, owls, badgers, coyotes, foxes, bobcats and weasels.

Because of their short lifespans, gophers both grow and mature fast. They often reach sexual capability in the spring following their birth. Geography is also a large factor in the burrower’s life cycle. Gophers living in northern states may only mate once a year while gophers in southern states may mate twice.

Why Are Gophers in Your Yard?

Gophers are herbivores– they feed off of plants and fruits mainly. By eating the roots of plants such as alfalfa, carrots, dandelions, grasses, potatoes, radishes, tulips and tree bark, these creatures feed underground. So, for the gophers, your yard is a five-course-meal.

Moisture and a high concentration of clay are crucial to gophers. The soil in your yard is exactly what they’re looking for. Sandy soil may keep them from creating a home because of the potential for a cave-in and a lack of insulation from extreme temperatures. Thus, gophers will most likely seek out the preferred amount of clay and water when looking for a home. Occasionally, gophers will bite into irrigation pipes in an attempt to find water.

Climate is most important for gophers, however. A majority of the United States is livable territory for gophers. One or more of 10 gophers species can be found in the western two-thirds of America, as well as certain southeastern states such as Alabama, Florida, and Georgia.

How To Get Rid of Gophers Step 2: Inspect The Grounds

Because gophers’ front teeth never stop growing, they gnaw consistently. The almost-constant gnawing on plants and equipment helps the gophers keep their teeth at a manageable size, however this can cause some negative impacts on your yard and belongings:

In just a short time, one gopher alone can cause serious damage to plants and fruits in a garden. If multiple gophers are present, an even larger area can be affected.

The soil tilled by gophers can break parts of farming machinery as it passes over mounds of disturbed dirt. Horseshoe-shaped first mounds are an easy indicator of gopher presence.

Gophers gnaw into utility cables, sprinkler systems and plastic water lines to maintain their ever-growing teeth or to sip from your water supply. This is hard to assess because it happens underground, where you can’t see.

Where Should You Look for Gopher Activity?

Although gophers go about their day-to-day lives mainly underground, some signs can be found at surface level. Damage to crops and plants is one sign, however, keep an eye out for ground-level changes as well. When gopher holes are created, these animals claw at the dirt and leave the freshly dug soil in a fan-shaped mound– usually 12”-18” wide and 4”-6” high. Gophers can build one to three mounds in a day with ideal weather, and have even been known to deposit up to two and one-fourth tons of soil each year.

How To Get Rid of Gophers Step 3: Prevention

While many sites promote DIY methods, these never work in the long run. Traps, bombs and spray only work for so long until the gophers begin to come back – in stronger force. Catching these rodents is a struggle too: many yard pests can detect people through scent alone.

To deal with gophers in a timely and efficient manner, professionals need to be called. Here at Priority Pest & Mosquito Solutions, we make your families’ home, yard and safety our number one priority by providing ongoing, affordable and effective pest control support.

At Priority Pest & Mosquito Solutions, we recommend our homeowners undergo house checks on a quarterly basis, where each receives clear and professional help from one of our trusted and certified gopher control experts. For gopher extermination, our members will inspect the home, assess the severity of the problem, and provide you with a customized plan designed specifically to make your home cleaner, safer and protected from gophers and other yard pests for months to come.

To ease your burdens even more, we commit to providing quick, easy and affordable mole & gopher elimination/prevention services for your plan with a FREE home consultation.

What You’ll Get With Pest Control Services:

Take back your home and get rid of your gophers with us! We use the industries’ top methods for a fast, safe and effective mole and gopher removal process. If you’re looking for gopher control, or just a professional to inspect your home, call us today at (405) 481-1006. If you’d rather converse online, email us at chantz@prioritypestandmosquito.com OR justin@prioritypestandmosquito.com

We look forward to hearing from you!