Moles, Gophers, and Voles — OH MY! 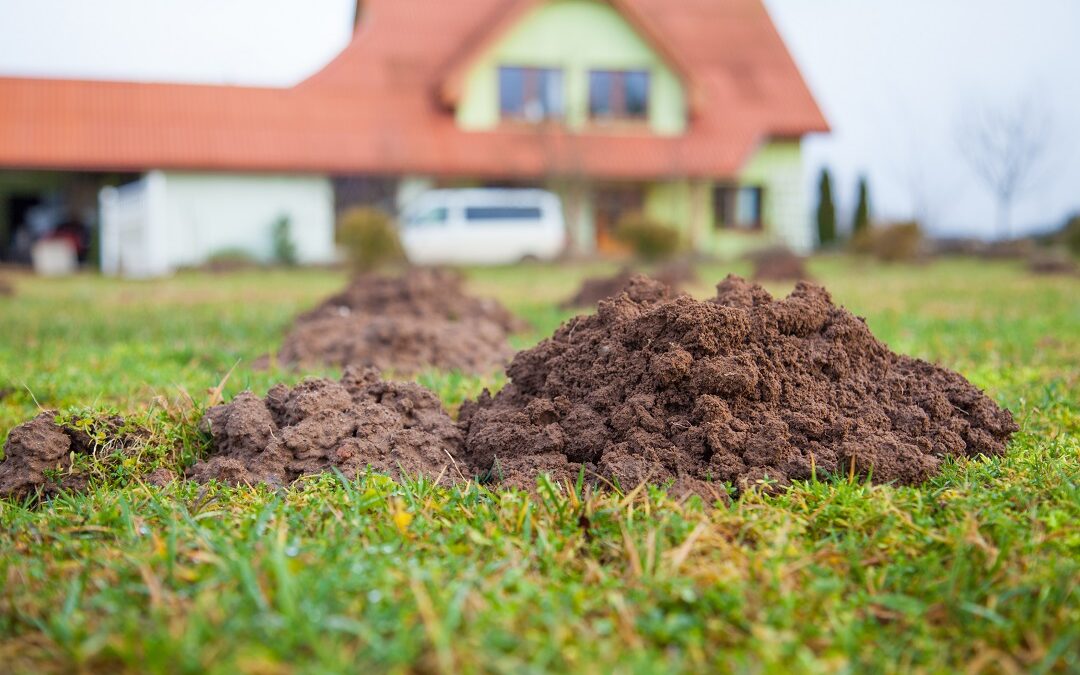 Gophers, moles, and voles are all known as pesky intruders. They may look cute on the outside, but when they’re wreaking havoc in your garden or tearing up your beautiful green grass, it’s hard to have any mercy. But how do we know which is which? Is the terminology interchangeable for the same species? How is your yard going to look different with each one? Is treatment the same or different for each one?

How To Identify A Mole vs A Gopher vs A Vole

If you’re someone who doesn’t pay very close attention to your lawn or garden, it would still be pretty easy to notice if you have an unwanted guest. Holes, wilting plants, and fresh mounds of dirt (that you didn’t put there) are tell-tale signs that you most likely have a gopher, mole, or vole hanging out in your yard. 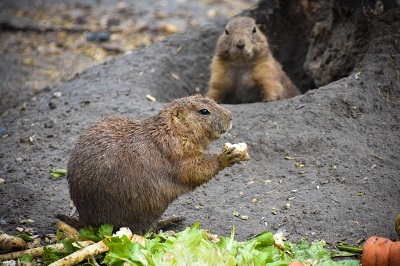 Compared to a mole or vole, they usually cause more damage because they are a little bit larger, scaling in at between 4 and 12 inches in length. You can notice their large cheek pouches that they use to store food and materials to create nests — they get their nickname “pocket gophers” because of this. Gophers have 2 larger incisor teeth on the bottom and top of their mouths, a round and broad head, small eyes, short neck, and round ears. They have a small, thick tail that has an unnoticeable amount of hair, sharp claws to help them burrow underground, and whiskers that help them navigate in the dark. A lot of times, gophers sport the same color fur as the soil they reside in, but the standard color is usually a brown or black shade covering their body excluding their belly, which is white or another light shade.

Of the 3 species, a mole is the “in-between” size, ranging from 4 to 11 inches in length. Due to their small eyes, they are not able to withstand much sunlight, thus, it is much less common to see them above ground. They have small eyes, ears, and tails. Moles have long, hairless snouts, but they are most known for their large claws that help them hunt insects underground. This all sounds harmless, right? Well, when they’re hunting for bugs, those giant claws mess up the roots of plants causing them to become damaged and die. 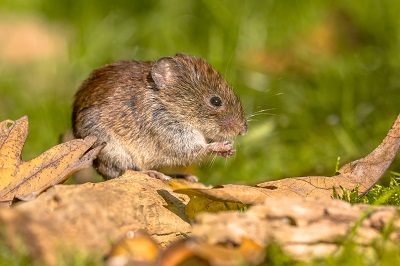 Voles are also known as “meadow mice.” No, this is not the same as a field mouse. They are comparable, but the defining difference is that voles have shorter tails comparatively. They have small eyes, black or gray/brown fur, small & compact bodies, and tails that are short and hairless. Deja vu? Not quite, because although the physical description sounds very similar to a mole, voles have eyes that are easier to spot, a shorter tail, and longer fur. They are also the smallest of the 3 species mentioned, measuring at between 5 and 8 inches in length. 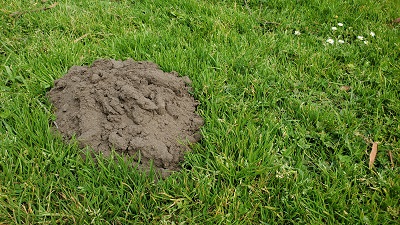 Gopher mounds are very distinct–they can be up to a foot tall and 2 feet wide, and they have a kidney-like shape. The tunnels that they create are not on the surface, but actually dug laterally and plugged with soil (to keep intruders out). These tunnels can be just a couple inches under the surface or several feet. 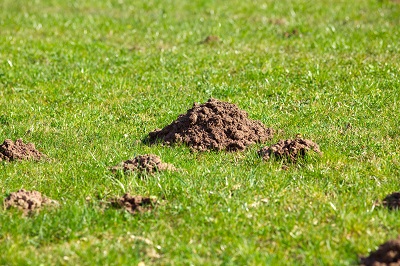 Molehills are oval in shape and their tunnels are surface-level. They elevate the soil and create small ridges or hills in between each of them to connect together. From far away, molehills just look like a tiny pile of fresh dirt. 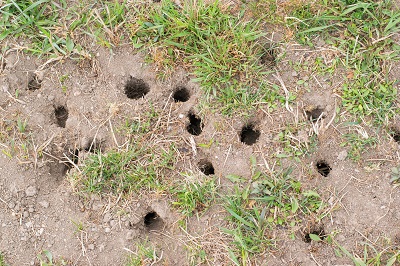 Similar to both moles and gophers, voles also have a tunnel system, just not as deep into the earth. These shallow tunnels are called “runways,” and they look like trails of dead grass about 1-2 inches wide or extremely dry ditches of bare soil about a half an inch deep. The voles consume blades of grass along their trail and travel back and forth over the same path, thus creating what looks like giant cracks in the soil.

Gophers are herbivores and eat the surface, roots, and tubes of plants. The damage to your yard is indirect but very noticeable, such as discoloration, wilting plants, or plants torn from the ground. There will most likely be dirt scattered from the new tunnels that are created once the gophers are established called “feed holes.” This is where they eat and store their food.

Moles grub on insects underground. Because this is directly underneath your garden and landscape, it can cause some serious damage. In the pursuit of worms and insects, they will use their giant claws to tear away at the dirt, away from the grass and plant roots. This makes them much more susceptible to plant diseases and loss of nutrients and, thus, wither and die away.  Something even more dangerous is the dirt under your house foundation. They will only go underneath it if the foundation is shallow enough. If they make it under the foundation, it will also be easy enough for moles to dig up.

Something that sets voles apart from your neighborhood moles and gophers is that they can live in large groups like most other rodents. If the group finds an available food source, they will consistently revisit the area, thus leaving those barren runways. This can cause an extensive amount of damage in a short amount of time like gnaw marks on turf, ornamental plants, crops, trees, as well as plants being uprooted.

…it’s a lot of little things that can be difficult to differentiate. We want to do our best to equip you with the ability to identify the issue for a faster treatment plan and a healthier lawn. It can seem much more difficult if it isn’t a part of your daily life. At Priority Pest & Mosquito, it is our life. We are the experts at stopping the problem immediately and keeping it from coming back! We create lasting pest control solutions for our clients, not just slapping a Band-Aid on it.  We love serving our OKC community and ridding our neighborhoods of pesky intruders. Give us a call to schedule your hassle-free consultation today!